Go: A beginner’s perspective. What’s the Google Go language (Golang) really good for? Is it “worth a go”? Ease of deployment, simple syntax, and native concurrency make for strong arguments! You will hear about Go from a beginner’s point of view.

No Go experience is necessary.

You will learn more about Go, and leave with a better idea of whether Go is a language that you should learn and use in either personal or business projects. I will also give suggestions for five “first projects” for people new to Go.

Here is a photo of the session from the THAT Conference 2018 Flickr album. 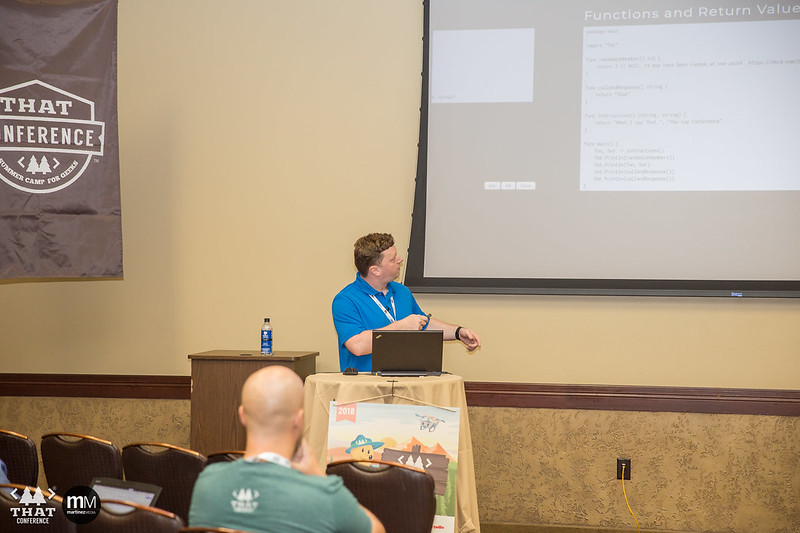 Although the talk itself was not recorded, I did do an interview with Clark Sell about Golang at That Conference, and the video of that conversation is linked to the talk here.

One issue with providing this presentation after the fact is that it was written in golang, using the go present tool, which allowed me to run code snippets live during the presentation. However, the attempts that I’ve made to export it to a more portable format like PDF have all failed.

If you’d like to see the actual code that I ran and the markdown for the slides with presenter notes, they are available in GitHub.

In case you’re not in the mood to do that, the raw markdown for the presentation is below: 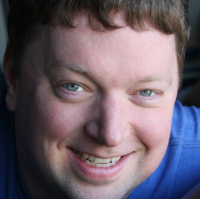 Ross Larson became a software developer through the nontraditional path of obtaining a double major in Psychology and French from Luther College. He later obtained a software development degree from Fox Valley Technical College. He works as a Software Developer for Paradigm in Middleton, WI. He has volunteered teaching computer science at a local high school through the TEALS program. He enjoys indie and retro video games, board games, the NFL Draft, creating obscure fantasy leagues, and making charts.

Ross has previously spoken at meetups and conferences like That Conference. 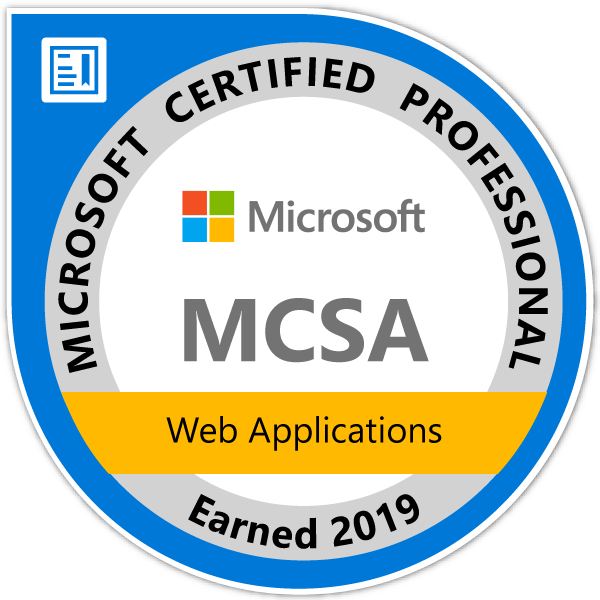